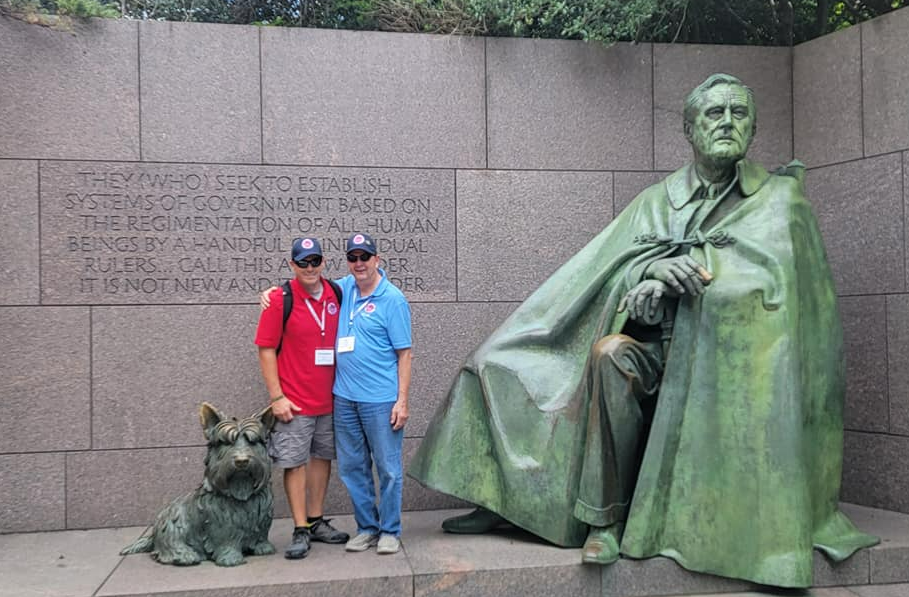 Roosevelt referring to his future memorial in 1941:

If any memorial is erected to me, I know exactly what I should like it to be. I should like it to consist of a block about the size of this (putting his hand on his desk) and placed in the center of that green plot in front of the Archives Building. I don’t care what it is made of, whether limestone or granite or whatnot, but I want it plain without any ornamentation, with the simple carving, “In Memory of __“.

On the twentieth anniversary of his death, on April 12, 1965, the small memorial as erected based on his description, on the location he requested as well.

Then they spent 9 years designing and 23 years funding and building the memorial he didn’t want.

This memorial opened in 1997, the FDR Memorial was not a monolithic, white marble structure, but a flowing landscape architecture design.

The memorial is designed as a timeline best experienced by starting at the northernmost end of the memorial. Bronze sculptures by several artists depict the longest-serving president and the major issues he dealt with during his presidency including the Great Depression, the New Deal, and World War II.

It is the largest Presidential memorial on the National Mall, covering 7.5 acres.

It is the only memorial to include a statue for a first lady.

This is also the only memorial to feature a presidential pet, FDR’s dog, Fala

It wasn’t until January 2001 that the life-size bronze statue of Roosevelt in a wheelchair was displayed at the memorial. Before that they tried to minimize the fact that he couldn’t stand on his own due to polio.

Because of Roosevelt’s disability, the memorial designers wanted to create an experience that would be accessible to all. The memorial includes an area written in braille for people who are blind, and the wide pathways are accessible for those who use wheelchairs.

However, disability advocates say that the braille is incorrectly spaced and some is positioned at eight feet, too high for anyone to actually read. (The main problem is the size of the dots. The characters, or cells, they form are too big to fit under a fingertip.) 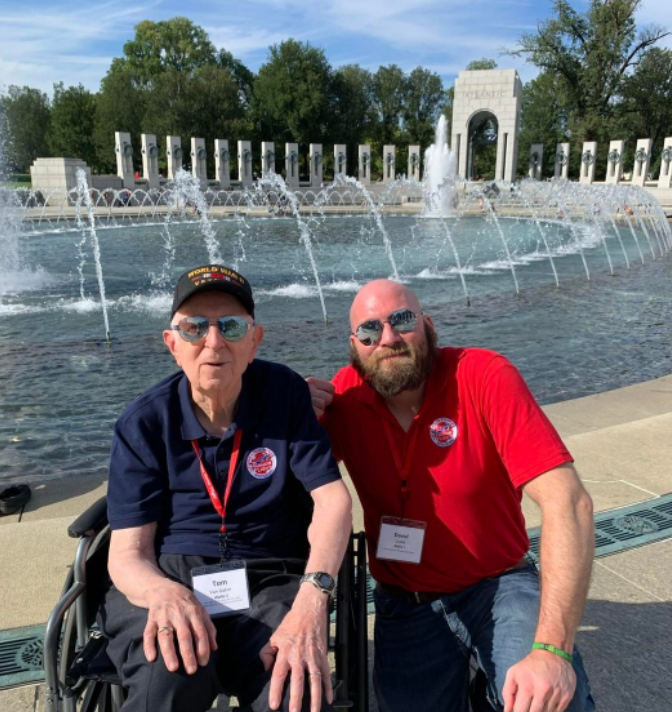 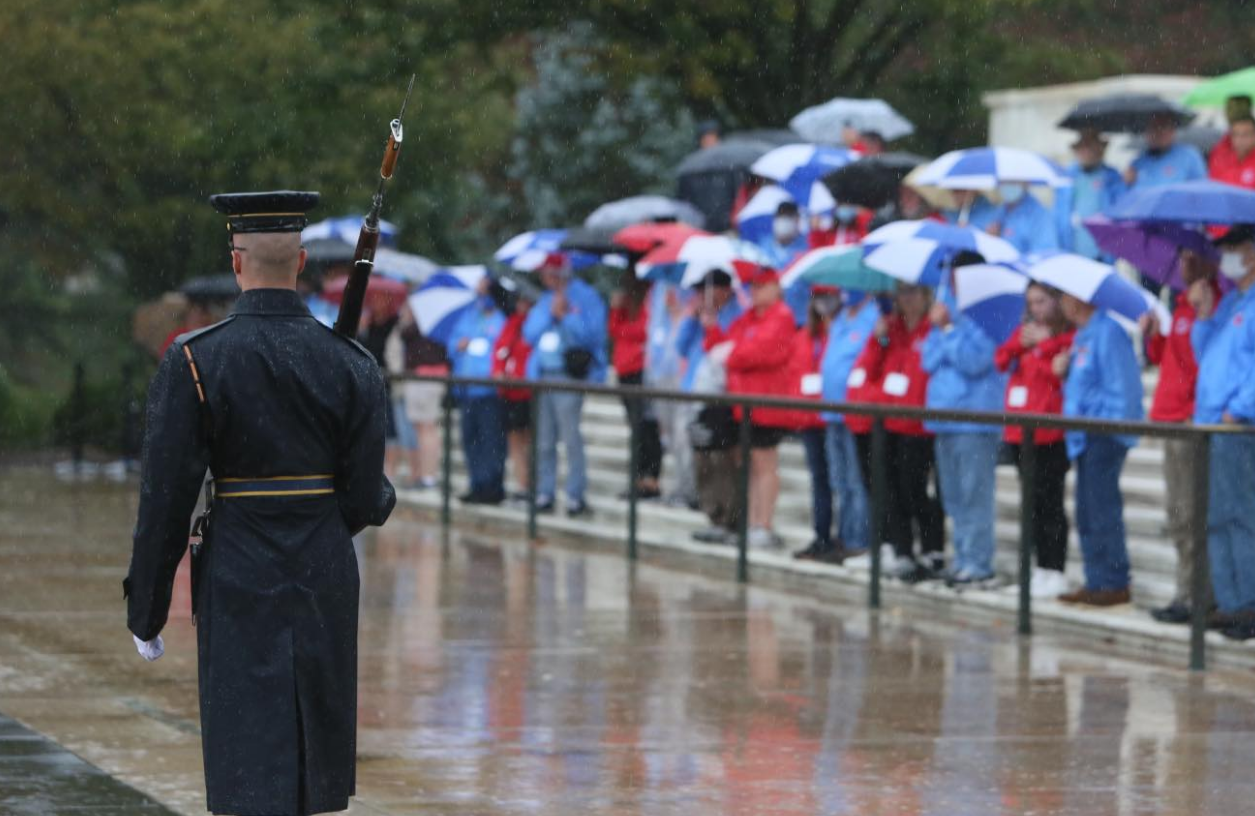 TOMB OF THE UNKNOWN SOLDIER 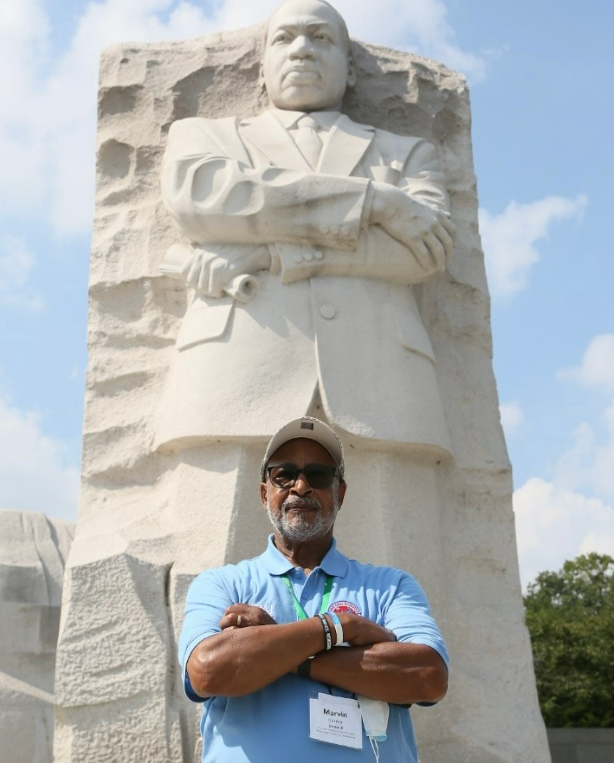 King’s memorial is the first to honor an African American individual on the National Mall. The space is a place to contemplate Martin Luther King, Jr.’s legacy: a non-violent philosophy striving for freedom, justice, and equality. 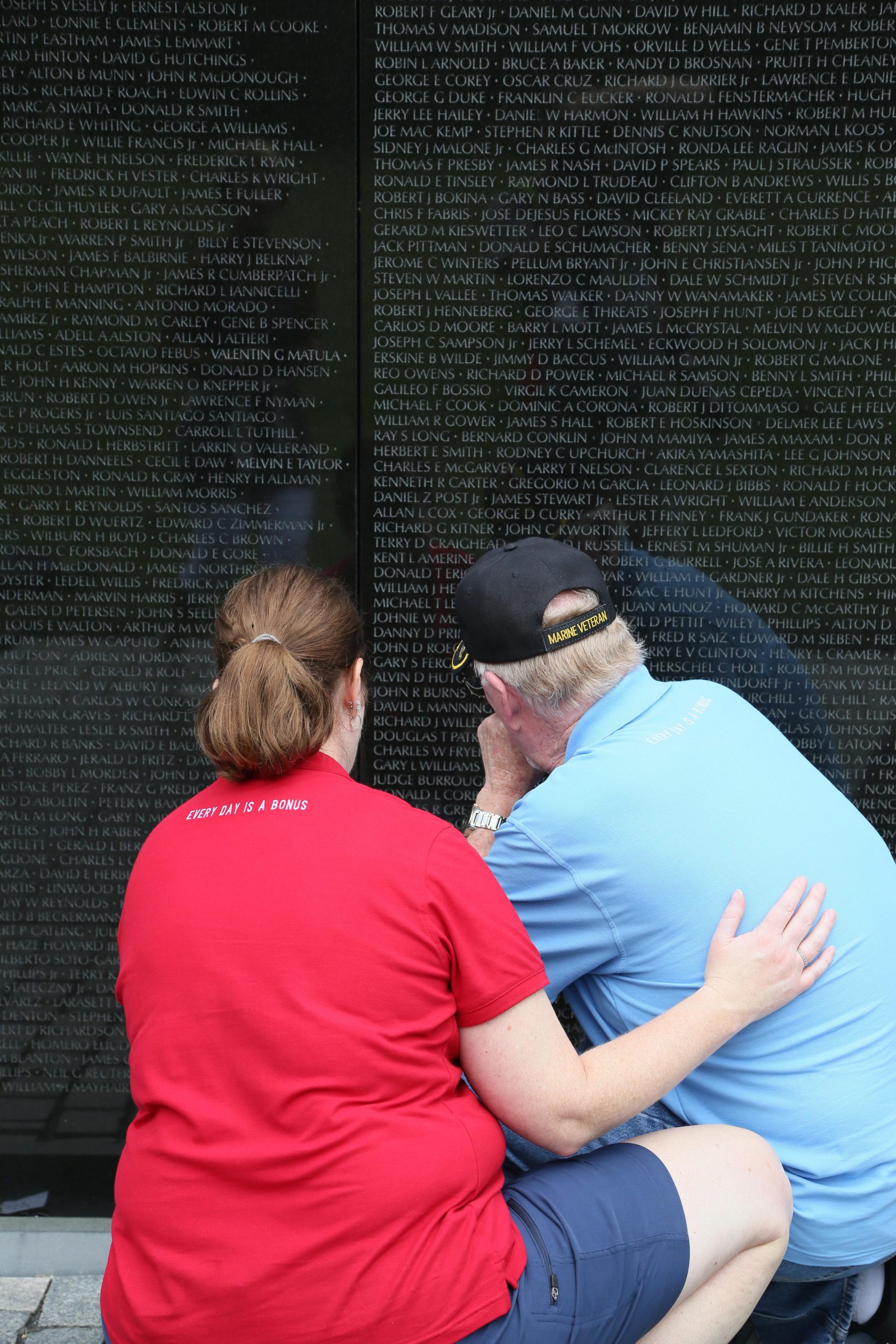 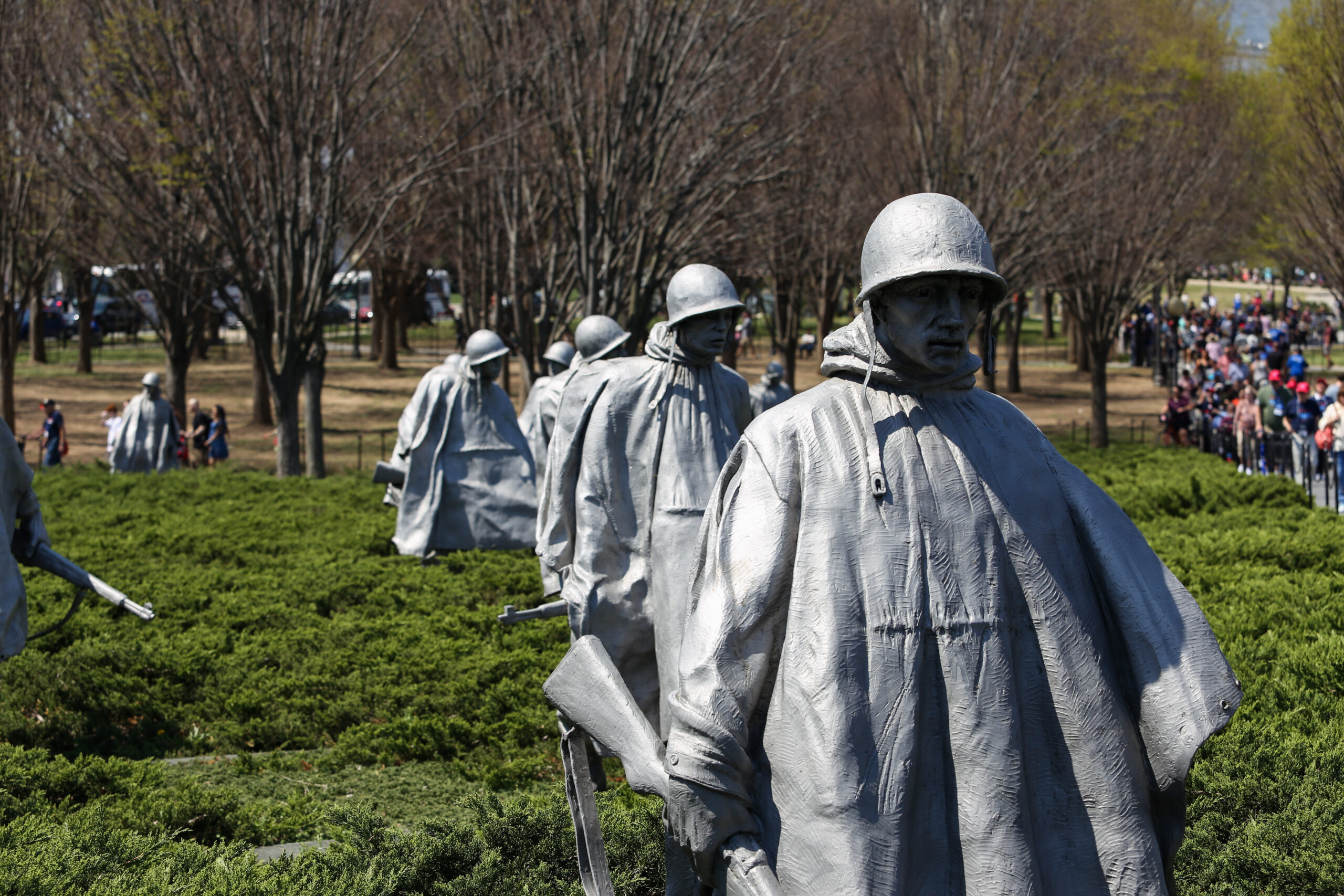 In October 2016, President Barack Obama signed into law legislation authorizing the establishment of a Wall of Remembrance to be incorporated into the existing Korean War Veterans Memorial that currently resides on the National Mall in Washington, D.C. The Wall of Remembrance will become the permanent home to the names of over 36,000 American servicemen and 7,100 Korean Augmentation to the United States Army (KATUSA) who gave their lives defending the people of South Korea. Of these, 8,200 are listed as missing in action or lost or buried at sea. In addition, 103,284 were wounded during the conflict. 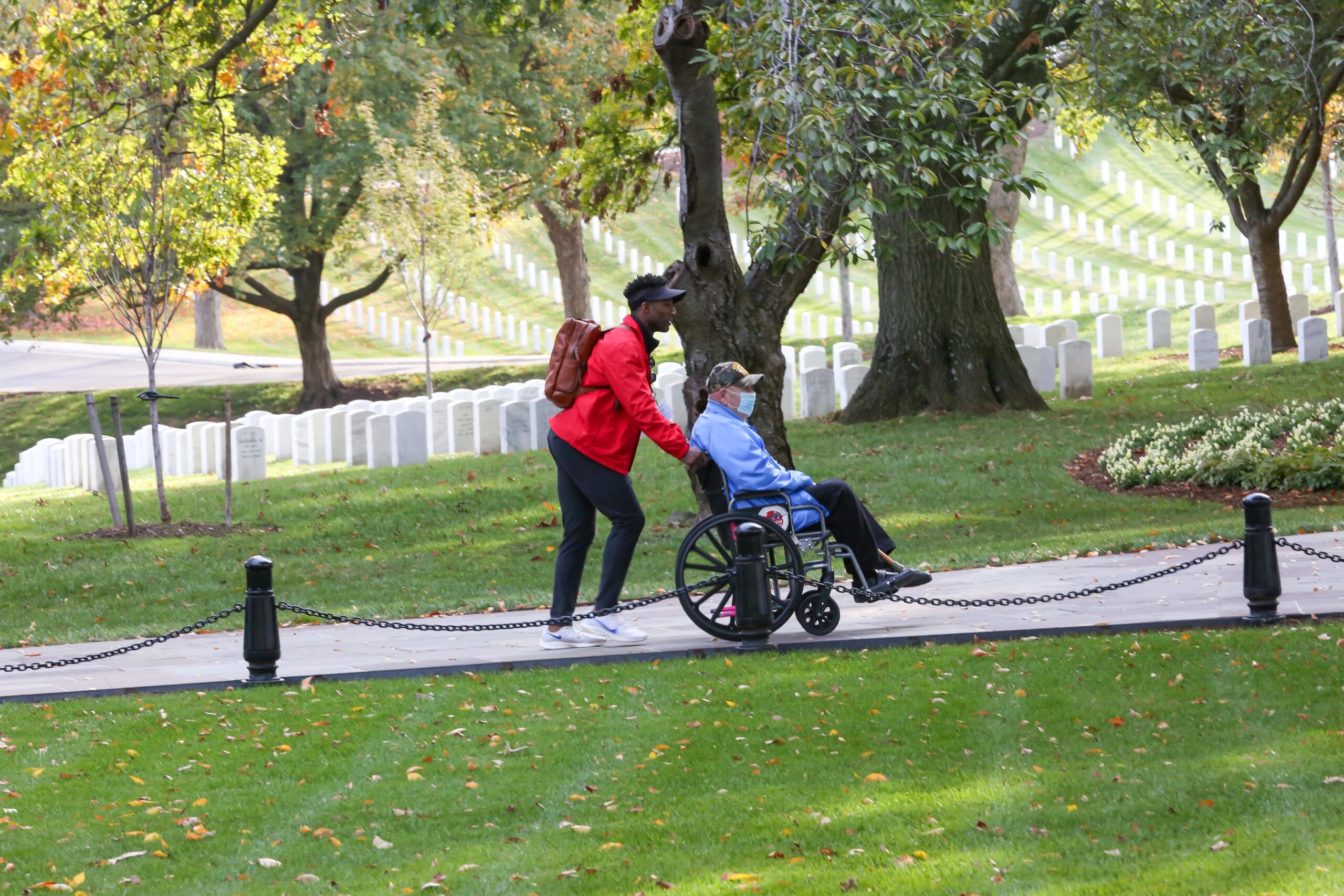