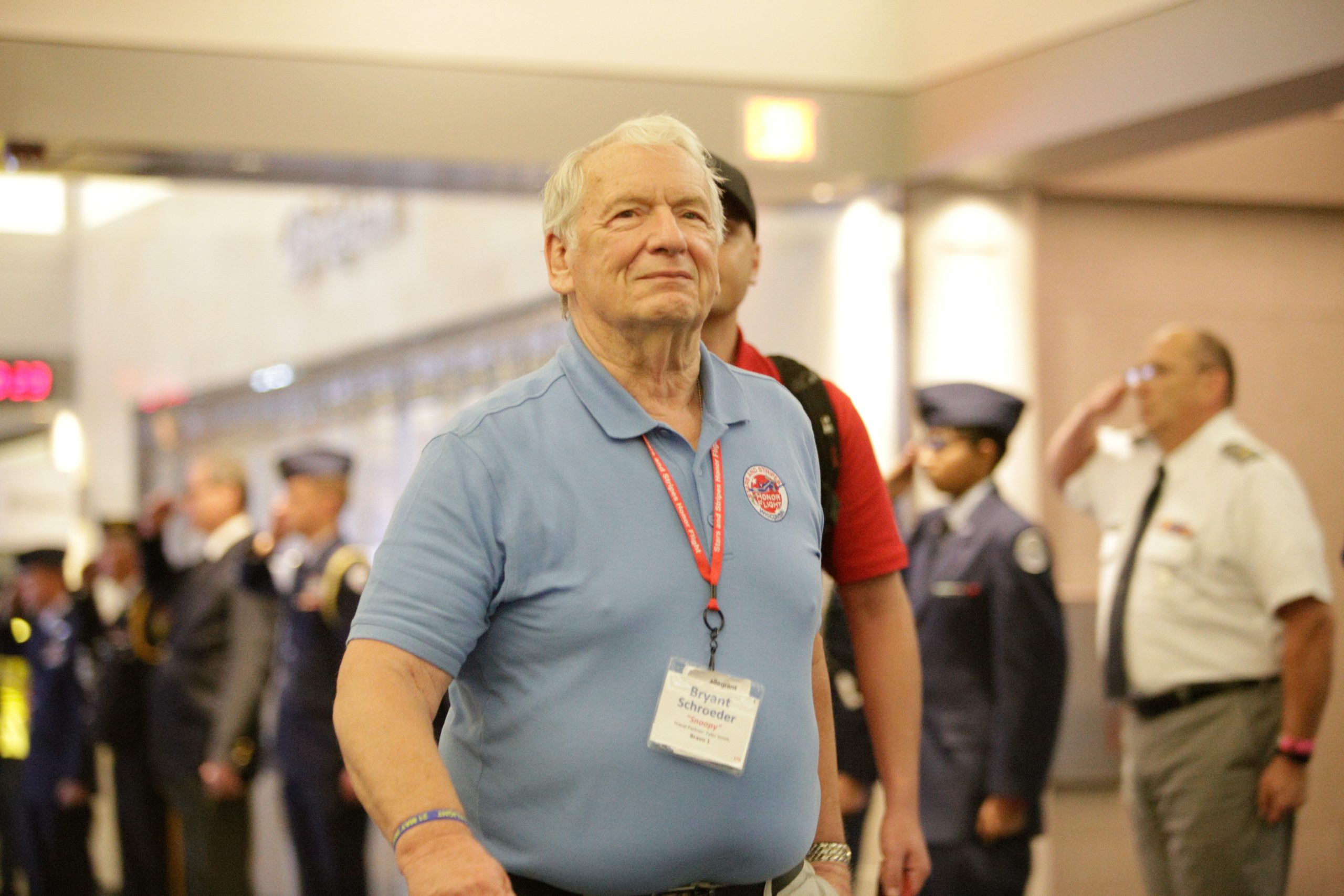 Our August Veteran Spotlight tells the story of Bryant “Snoopy” Schroeder, who traveled with the SSHF Mission 62 Bravo tour on May 21st, 2022.

Most of us know the Peanuts character Snoopy and his wartime cartoon nemesis, the combat pilot “The Red Baron”. Vietnam Army combat medic “Snoopy” took a decidedly different path; although his intensive special forces training did include a dog.

“We were all assigned a dog which was then shot in the leg. We treated the gunshot wound and nursed the dog back to health.  We also spent 6-8 hours in the classroom every weekday being taught by doctors and senior Special Forces medics about anatomy, pharmacology, diseases, traumas and treatments.  Upon completion of this training, we were awarded our special forces patches and our green berets.”

Schroeder served in many medical roles and situations during his deployments, including treating the local Montagnard villagers and camp animals when he was stationed at Trang Phuc. His duties also took him far out into the field for extended stays where he treated any wounded or ailing soldiers. In 1969 he volunteered for a Studies and Operations Group, Command and Control South operation that took him into Cambodia to monitor the movements of the NVA. “The mission was to be on standby very close to the border in case a team needed a quick extraction, supplies, or medical attention. During one extraction I was wounded and our helicopter was shot down 20 kilometers inside Cambodia.  After several hours and what I believe was unauthorized help from another helicopter unit, we were extracted and I was taken to the hospital in Pleiku.” He returned stateside and spent 11 months recuperating in an Army hospital.

As his Stars and Stripes Honor Flight day approached, Schroeder said he felt a bit apprehensive. “My concerns centered around my stamina and my emotions at the Wall.  There are several names on that Wall of individuals with whom I served.  One in particular brings up a lot of emotions.  So, there was some concern about how I would handle the wall emotionally.”

When the day arrived however, he found a welcome that erased all of his concerns. Now he tells others about “all of the giving and selfless people who turned out to make us feel supported and cared for. I also tell them about the walk through the concourse and all the people who sent us off and greeted us. I talk about the bands, the singers, the salutes, the handshakes and the giving nature of all involved.” 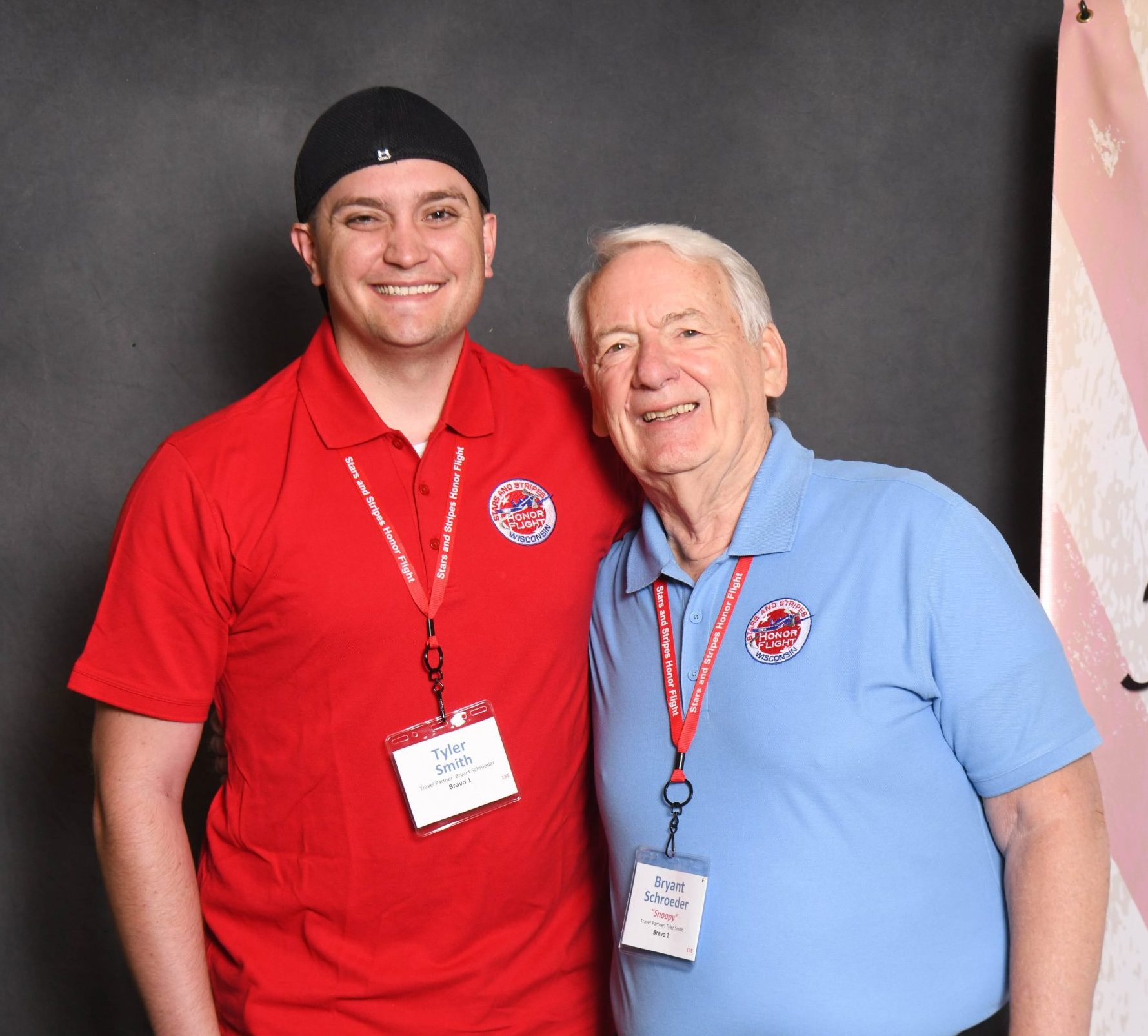 “…the slogan ‘Every Day is a bonus’ resonates well with me.”

Schroeder describes having a new outlook on life since his May 2022 Stars and Stripes Honor Flight. “It has resulted in what I call ‘reverse PTSD’.  Events of the flight day come to mind on a daily basis which cause me to smile and reflect on the inherent goodness of people.  It has made me more grateful and possibly more tolerant. I can’t imagine how many thousands of hours were provided or how many hundreds of volunteers there were, but the selflessness of all those individuals has caused me to shift my thinking about the state of the world.”

Schoreder added, “when I was shot down in Cambodia, I was doubtful that I would get out alive.  I believe that it was only through the grace of God that I did survive.  Consequently, for years, whenever I tell someone about my Vietnam experience, I tell them that for me every day is a gift.  Thus the slogan that ‘Every day is a bonus’ resonates well with me.” 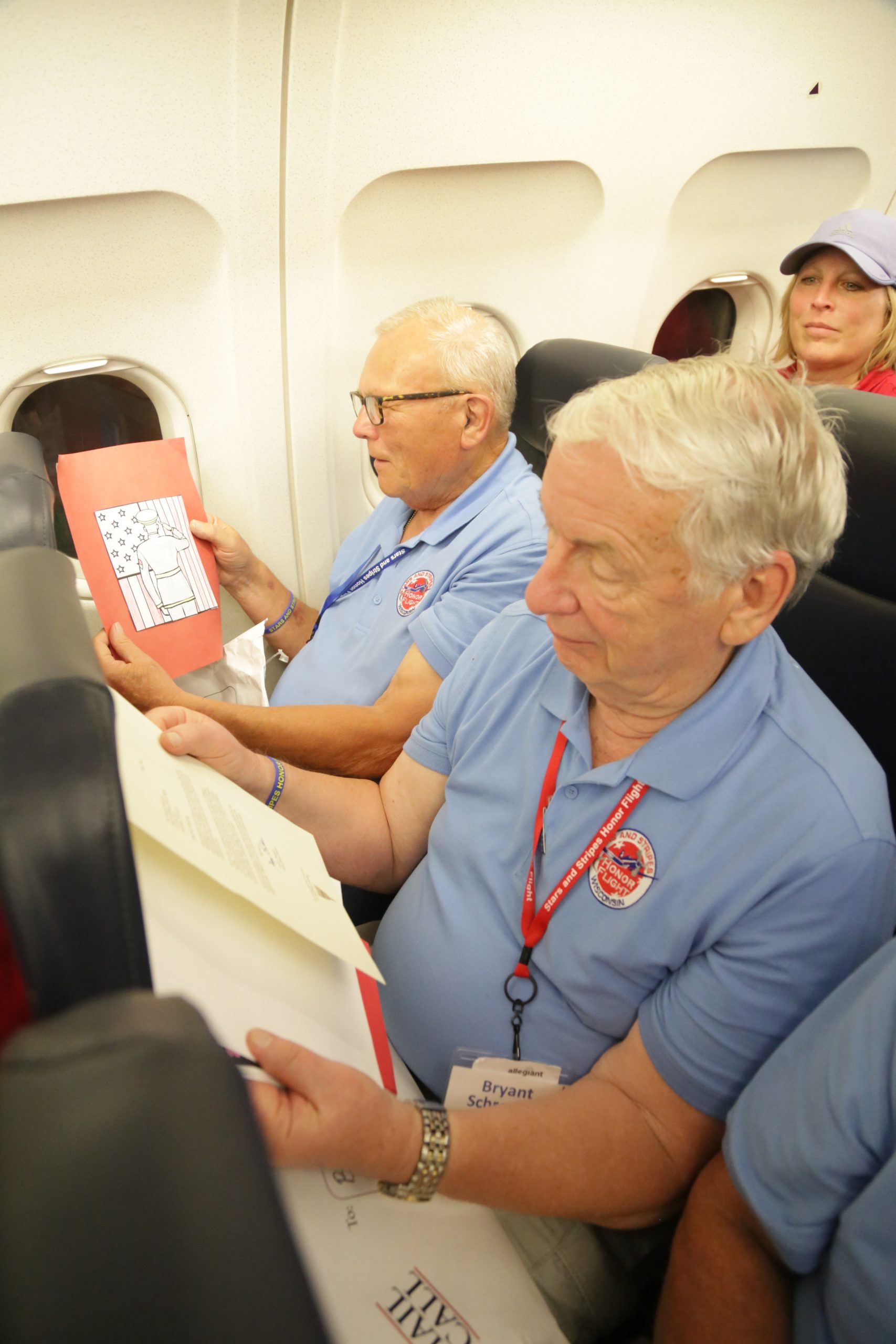 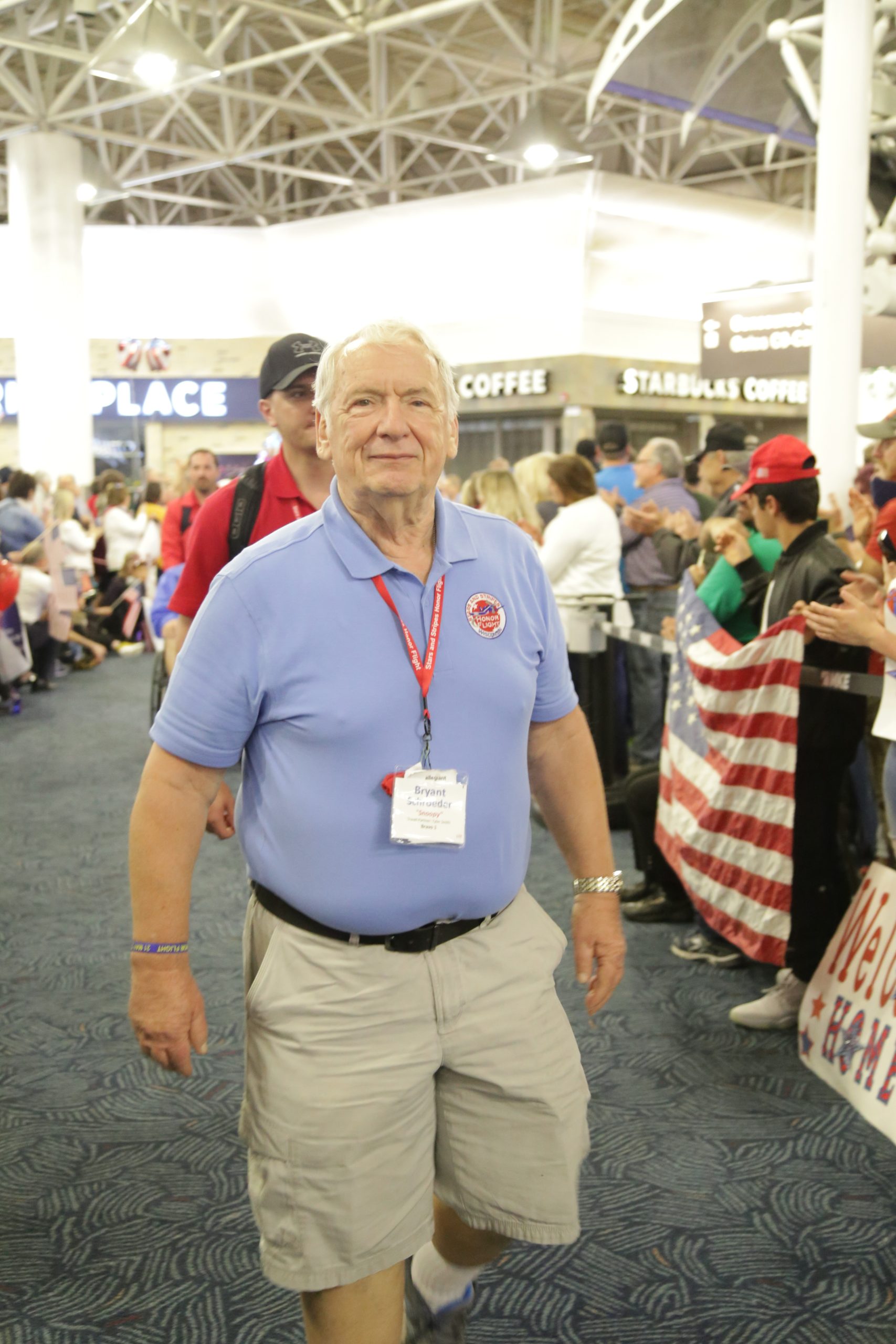 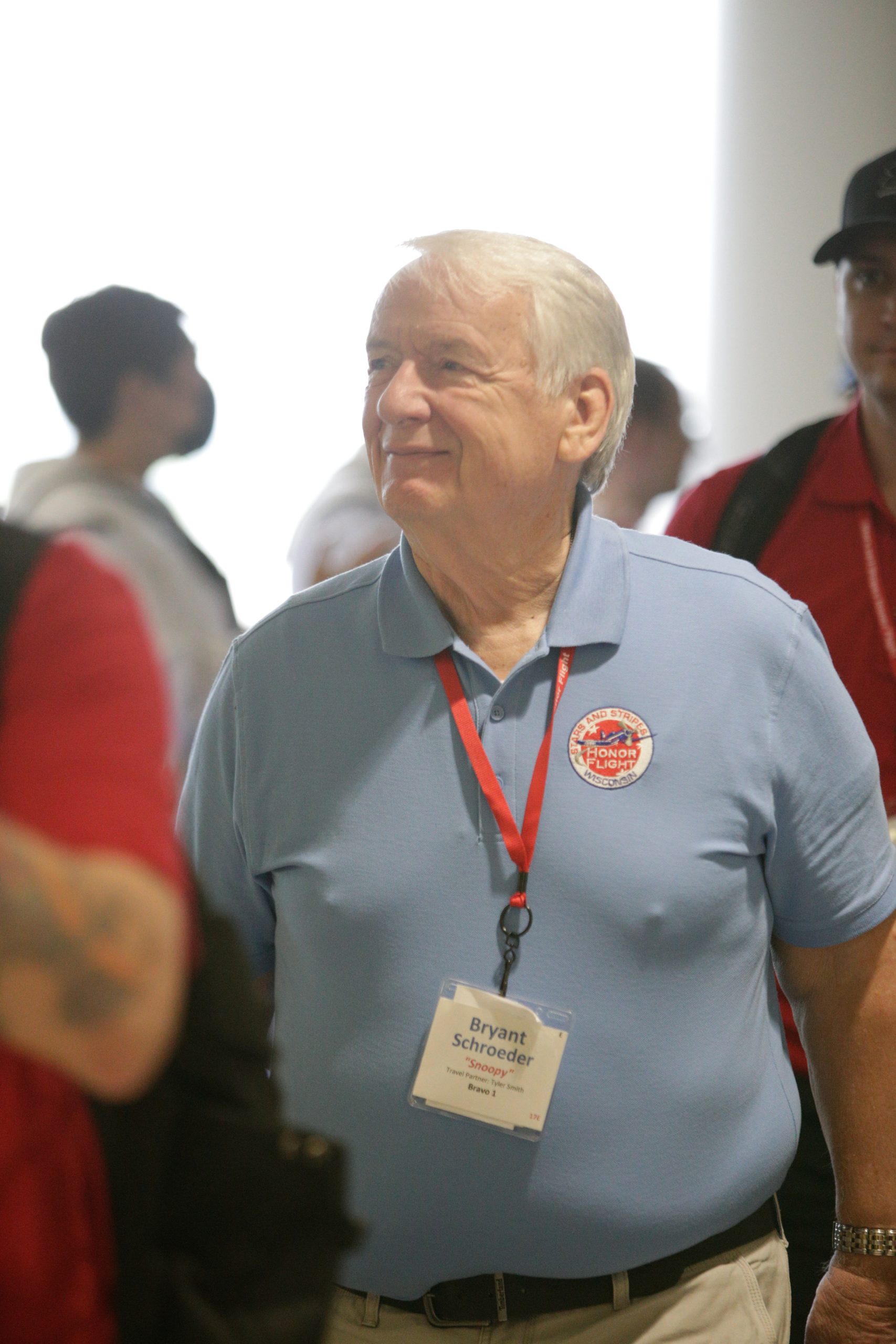